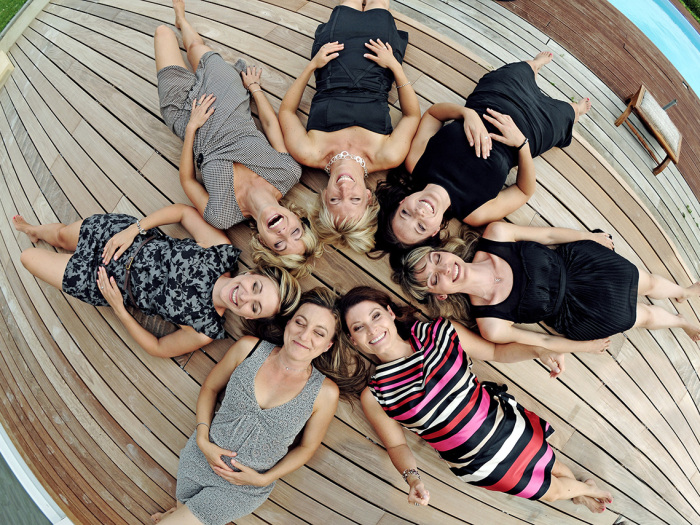 About couples, friendship and outings with the girls

Generally, when two people meet and begin life as a couple, friends and girlfriends are often relatively bent on the sidelines (especially girlfriends more often, because boys maintain their outings to a certain extent). Many women, once they’ve stumbled upon a potential Prince Charming, do not hesitate to project themselves very quickly into the future. To imagine the wedding, their home and children, gradually forgetting about the friends who had been close until then, and who took them out on the bad days and encouraged them when they most needed it.

Often women let themselves carried away very quickly. I say this not as a harsh criticism, don’t get the wrong interpretation, please. It’s a simple fact. After the first 2-3 meetings with Prince Charming, when all details have been discussed with friends and the boy / man has been approved by the group, well, women often blindly launch themselves on a new adventure. Forgetting about the world and people around them. They often forget about themselves,  their own identity and “I” becomes “we” always in any discussion. When asked “What are you doing during the weekend?”, the answer is “Well, the weekend, we’re going to … we thought it would be nice to …”.

This “we” thing – that romantics would say it includes nicely the “I”, but that sometimes absorbs it like in a black hole – sometimes makes women forget about themselves, their personal pleasures and needs. And they put the recently met man’s desires above their own. Once again, I’m not saying women should not enjoy the strengthening of “we” – because they dreamed about it for a long time. But “we” can live separately from the “I” without harming anyone.

When a friend who knows you for years asks you how you are, she would like to know how you feel as a person and not as a couple. How you are with yourself, how you see the relationship. It interests her to know how you evolved, what you’ve become, how the person you met  transformed you and helped you grow. And, most importantly, she would like to continue to have a real relationship with you, not just remotely via SMS or email. People say that friends are the family you choose. It’s not a blood relation but a soul connection that needs to be treasured. Especially because in the moments when we are in pain or feel lonely, we will not call our mom nor the men who made us suffer. We definitely call the friend we’ve forgotten about for months when everything was OK in our life.

In a love relationship, it’s good for the two partners not to suffocate each other. They have to leave some space (but not too much) for friends and individual outings as well. The passion is strong at the beginning, love is great, but we should not forget that the encounter between two people should increase the circle of friends, not restrict it.

So, girls, do not forget about yourselves and about your own identity and pleasures and needs, your hobbies. At least from time to time, organize some outings with your friends, go to the gym together, to the seaside for a weekend, go out for a drink, a play, a movie and so on. But don’t forget to spend time together because those friendly relations must be kept, too. They are a sort of secret treasure.