A unique way to discover Romania, its beautiful places and its inhabitants’ mindset is to discuss with foreigners who have visited the country. After our first two interviews with Héloïse and Mattijs, we now invite you to read Joelle impressions about Romania and Romanians.

What were your impressions about Bucharest?

Joëlle: I’ve visited the city several times since Romania joined the EU and have been amazed by how much it has changed each time. It’s a dynamic city that is becoming easier to visit as a tourist, embracing its future without forgetting its sometimes-troubled past. 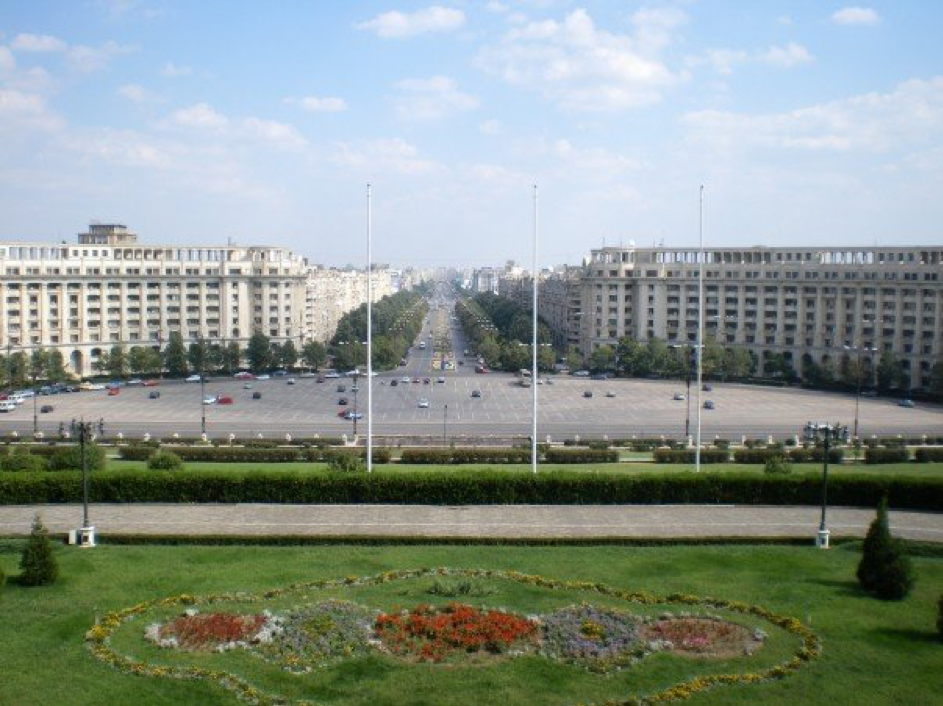 View from the balcony of People’s Palace

What have you done there and what experiences have you appreciated?

Joëlle: I remember being both horrified and awe struck visiting the ‘Palace of People’ and seeing the scale of destruction the people and the city went through in order to build. I also really enjoyed walking around the city’s many parks and sitting out in café terraces people-watching. 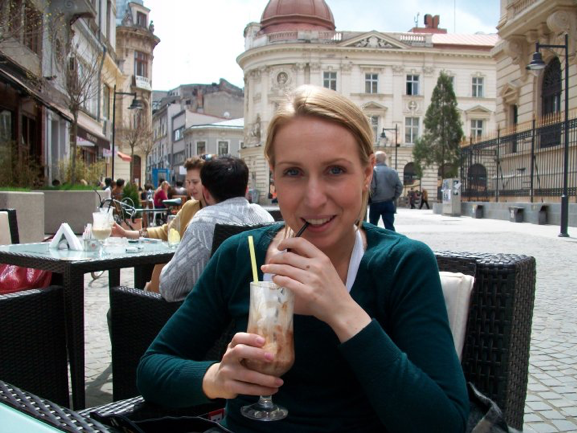 What have you done there and what did you like less about the city?

Joëlle: In 2007, I was told to watch out for taxi drivers who might try to scam me. Back then there was also a lot of stray dogs everywhere in the city (which I saw a lot less of in 2017) and there were parts of the city that felt neglected and in disrepair.

Have you visited any other places in Romania? Which ones and what did you like about them?

Joëlle: I visited Iași (pronounced Yash) which felt very unassuming and student-y despite having some beautiful historic buildings.

I enjoyed exploring Suceava in the north east of the country and seeing the mix of medieval fortresses and monasteries and the cement residential high rises, remnant from its communist era.

I also really enjoyed Brașov even if it’s a lot more touristy. It feels like you’ve stepped into another world and another time (where Dracula / Vlad the Impaler could have lived) and is surrounded by beautiful countryside.

Have you discovered or lived any odd / different / unique experiences in Romania? If so, which ones?

Joëlle: Seeing modern cars drive alongside (and overtake) horse and carts in the north east of Romania.

Getting an overnight sleeper train from Bucharest to Iași whose décor had not been updated since the 50s.

Ordering a vodka-coca and it being served in almost equal parts!

Accidentally going off-roading in our hire car as the road on the map hadn’t been finished being made.

Having one of the best pizzas ever (outside of Italy!)

A few words or phrases to describe the mindset and way of being of the Romanians you have met during your trip there? (positive or negative)

Joëlle: Especially in the north east where they were probably less used to seeing tourists, the Romanians we met were often initially a bit wary.

They really dislike the Rroma and the negative perceptions that are associated with Romania (and Romanians) because of it.

The language can sound quite harsh (even if niceties are being said).

The men can be quite macho (but the Romanian women know how to stand up for themselves!)

The youth are proud to be both Romanian and European and recognize the importance of speaking other languages.

More stories to come soon about how foreigners enjoy Romania. Don’t miss out!

*The pictures are a courtesy of Joëlle