Matters like the European borders, the human nature, artificial intelligence, creativity, innovation, and new  forms of collaboration are very trendy these days. Indeed, they represent major interests for the young European generations, and not only for them.

In these current times characterized in Europe by the growing interest for cooperation at the artistic, literary, economic, political and social levels, a new ambitious and meaningful project was born. It is called “The Re-Evolution Factory, (France Romania Europe Together)”. The project benefits from the Crossed Season Romania-France 2019* label.

*Zoom on the Crossed Season Romania-France 2019

Since its creation in 1985, the Crossed Season consists in a multitude of versatile, cultural, artistic, scientific, economic, and, or political events. Focused on the future, this year’s Season highlights will mainly focus on innovation, on artistic creation, on the young European generations, on motion and/or evolution and Francophonie. This event also creates the occasion to build a dialogue between heritage, culture and modernity, contemporary creation. The Romania France 2019 Season will begin in France at a time of great importance for our country, during the exercise of the Presidency of the Council of the European Union by Romania. It will also celebrate two Centennials: the one of the Great Union & modern Romania and the second one celebrating the end of World War I.

The Season’s aim is to help bring people closer together by encouraging the development of economic, scientific, cultural, and social ties between the two countries. Its three main objectives are:

> updating the image and perception the two countries have of one another,

> supporting the business community in both countries to develop joint projects,

> reaffirming the commitment of the two countries to a Europe of peace, ideas and cooperation.

This is a transgenerational initiative with several dimensions: artistic, scientific, cultural, but also educational, durable and societal. Deployed in a 12 hectares area. In order to follow the historical paths of traditions, latinity, francophonie in the heart of Europe. An innovating project which overcomes geographical and language barriers. A perennial adventure situated within the Românofir spinning mill located in Tălmaciu (only 18 kilometres away from Sibiu). A giant creative laboratory which will give birth to a rich and colourful programme ”Blue White Yellow Red”. 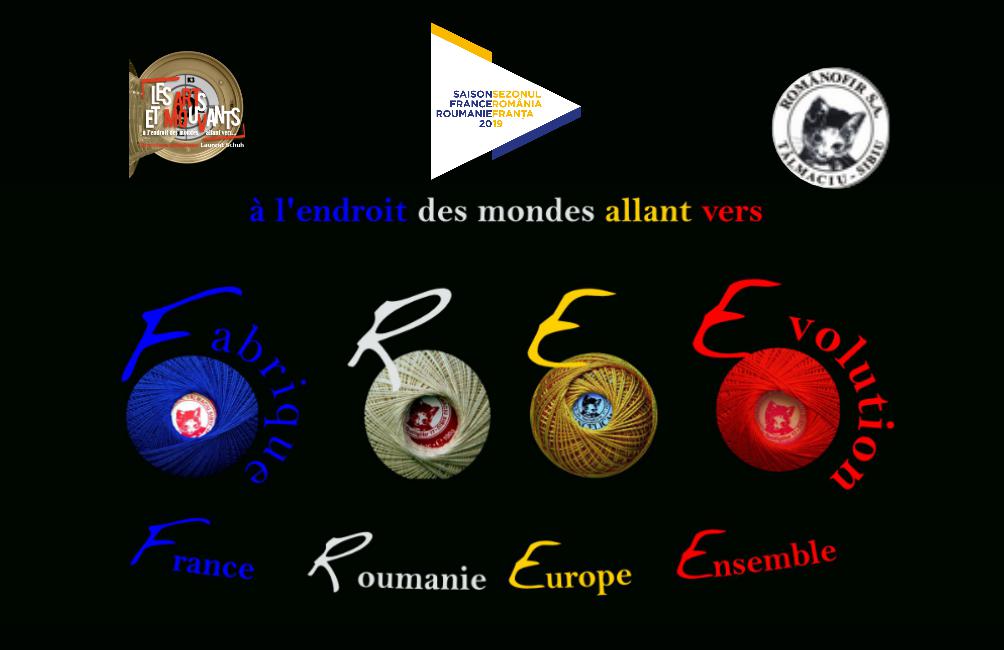 Hence, the Re-Evolution Factory is mean to become a space of innovation, construction, co-creation, transmission and participation. A space of freedom where everybody can express themselves and live their own cultural print. A space dedicated to European collaborations and exchanges, may they be artistic, scientific, cultural or social.

The founders of the Re-Evolution Factory

This factory is created by Laurent Schuh & Nathalie Saïdi (also known as Litana Soledad), from Les Arts Et Mouvants*, and Constantin Lotrean**, the owner of the Românofir spinning mill, under the patronage of two important figures: Silviu Purcarete and Georges Banu, together with several other partners whose mission is to establish the right public-private funds balance.

It is a production, creation, cultural mediation and awareness association, with a strong focus on performing arts. The events they create harmoniously combine different forms of art, expression and motion. Their most important aim is to ‘build together’. The company is defined by their permanent search to ally multiple identities, to overpass linguistic barriers and to reunite different ‘artistic families’. Below you can discover some examples of the collective events they have created:

Who is Laurent Schuh?

Laurent is very attached to Romania. This intimate relation is firstly determined by his DNA and roots. His paternal grandmother was native from Timișoara. In addition to this, his destiny definitely became inseparable from the Romanian one 20 years ago when he met the theater director Silviu Purcarete. Together, they have successfully directed numerous artistic projects. That’s why, in France, Laurent together with his associate Nathalie Saïdi – who shares the same passion for the live performing shows and for Romania – decided to put in the center of their creations and artistic programme poets and other artistic Romanian figures:

Laurent, as a ‘poetrycian’ within its group called “Emil & Un Visage”, continues to organise concerts with texts inspired from the writings of Ghérasim Luca and Tristan Tzara.

** Zoom on Constantin Mihai Lotrean, the visionary director of the spinning mill ROMÂNOFIR

« Tică » – a businessman with a great passion for culture and history – wants to start a dialogue between the past rich cultural era and the contemporary period. That’s why he decided to open the gates of his mill and invite different forms of art and/or science.

The Re-Evolution Factory will be situated at the centre of the Românofir spinning mill from Tălmaciu. In a very beautiful touristic region in Romania, only 18 kilometres away from Sibiu.

‘We found a natural agora in the heart of this mill (which is still operating). The first stone at the edifice of this big social network dedicated to creating live performing arts. It is situated in the heart of Romania, in Transylvania, at the intersection of the European roads E68 and E81. With the help of its director, Constantin Lotrean, we want to develop here an urban and civic factory. An innovative project, with a co-created open space where young artists, art lovers, art professionals, inhabitants of the region, university people, scientists, students and pensioners can manufacture/spin together a new thread for our society and our history.’ (Laurent & Litana)

The spinning mill has several spaces that will host different cultural activities: a 350 seats movie theater, a 2000 square metres mill with 3 levels and 6 stages, a covered market of 800 square metres dedicated to shows, an outdoor agora, a big swimming pool, a restaurant, a coffee house, a football ground, and many other areas.

The themes of the artistic programme

The Re-Evolution Factory: France Romania Europe Together will be a place full of life, in continuous evolution, with various activities that will generate enriching meetings and events / creations, full of emotion and warmth, around the three main axis of the project: Creation – Transmission – Participation. A space of synergies around the five major themes in 2019: The Thread – The Frontier / Border – The Woman – The Ghost – To Inhabit.

Within this project, it will also be presented the autopsy of a ghost, under the form of a multidisciplinary journey which will be created after many in situ laboratories joined by students from different universities and performers from the various partner theater institutions. Directors and creators such as Ana Dumitrescu, Bagheera Poulin, Silviu Purcarete, Matteo Bavera, Alexandru Boureanu will also be part of the project.

The Re-evolution will start with the show „Nu mă uita! / Don’t forget me!”, directed by Laurent Schuh for The National Theatre from Târgu-Mureș. There will be 25 Romanian and Hungarian performers. The first three shows will be held on May 17th, 18th and 19th 2019.

The other two stages of this re-evolution are:

…which will take place in the heart of the spinning mill from Tălmaciu thanks to the complicity  of the various international and local partners.

3 Public meetings have been organized in order to complete the teams and associate new voluntary partners, donors and sponsors:

If you share the project founders values, are voluntary, have time, energy and the financial ressources to actively get involved in this adventure, please contact: 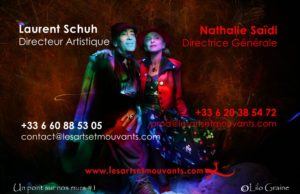 Translation made with the collaboration of Catrinoiu Andreea