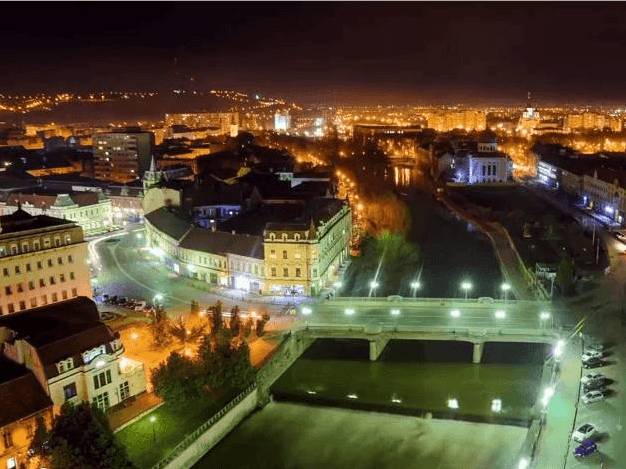 Discover the city of Oradea

Oradea, at the immediate border with Hungary, the residence of Bihor county, is a nice city, but not necessarily well-known in the country. On the other hand, many people have already heard about the spas Băile Felix and 1 May, located at a distance of 8 km, and 4 km from the city.

However, Oradea is a reference point of this region, as it is the most important commercial and cultural center. The city is located at a distance almost equal to the capital city of Bucharest (651 km), Vienna (518 km), Budapest (248 km) or Prague (676 km). There is an important minority of Hungarians (over 20% of the population), but also smaller historical communities of Germans and Jews, Oradea being part of the Austro-Hungarian Empire until 1919.

In the Middle Ages, in the Cetatea Oradiei there was an astronomical observer, the city being considered as the meridian 0°.

Today, the tourism industry in Oradea is developing more and more, the city having particpatd along with Baile Felix at the tourism fair in Vienna in January 2015. 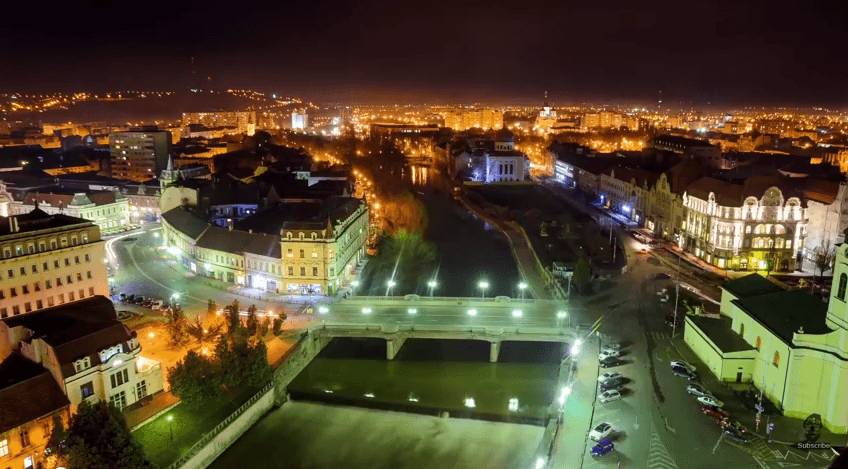 Some attractions worth seeing:

– The Betfia crater, a spectacular carstic form (a 86m depth)

– The Peța creek, with a unique tropical vegetation in Europe

– The Public Philharmonie and theater

– The Museum of the several Criș creeks Country

– The Festival of entertainment and culture – “Autumn Oradea”, held every year between mid-September and October 12, the city day.

Here you can see a panoramic view of the city and its main attractions:

PS : Thank you to the Zig Zag around Romania team for the hyperlapse video