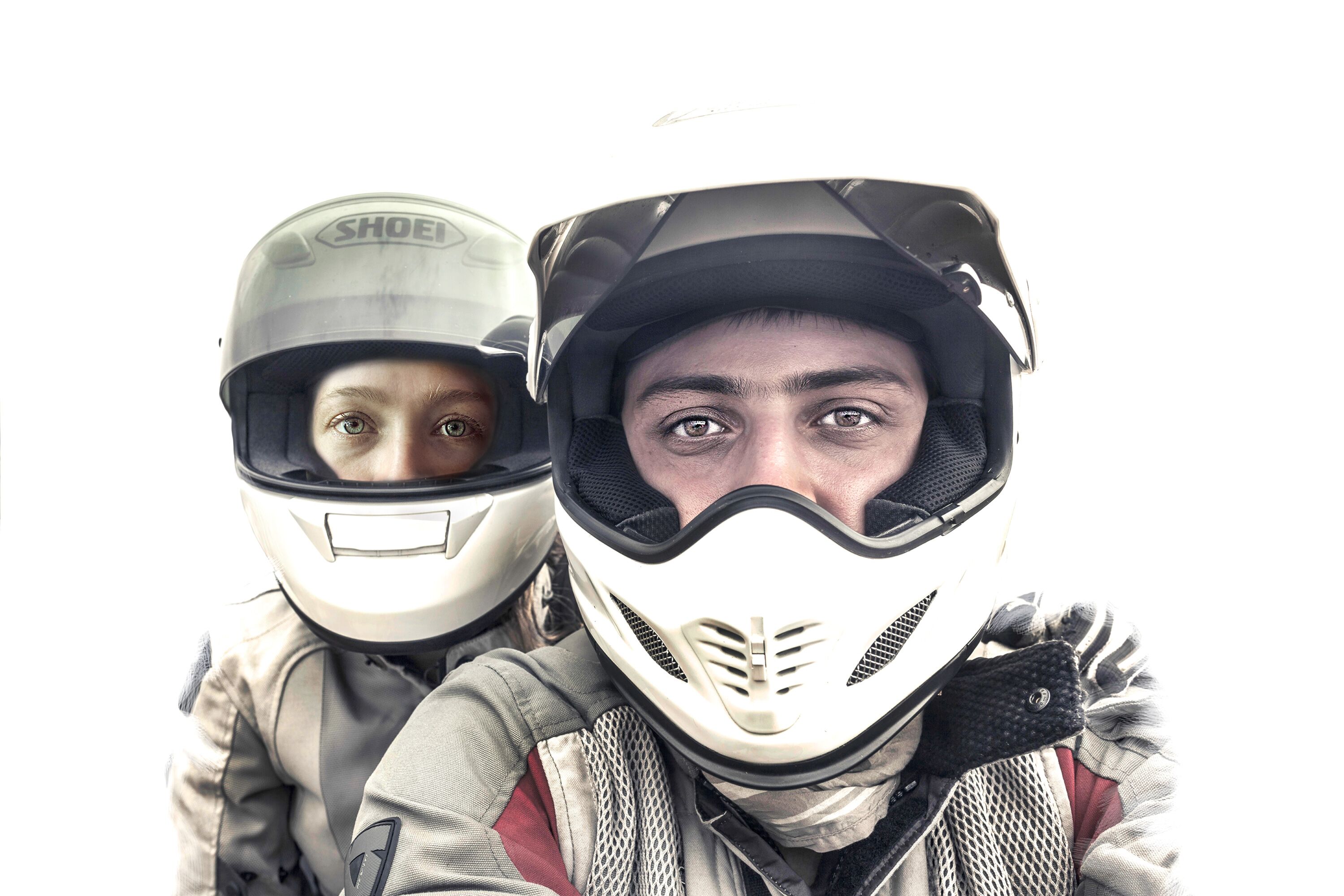 Overseas or… Into the world

When I first wrote to Ana and Ionuț, sometime in October, I had in mind a portrait within the I`m Romanian campaign. After some exchanges of words and e-mails, I realized how natural it was for them to express their thoughts on paper. Or, more precisely, on the keyboard. After reading their emails, I came to the conclusion that it would be impossible to compress everything into the few lines of a portrait. Thus this article.

Why did I first think of them as potential portraits for “I`m Romanian“?

Because they are that kind of Romanians that inspire people and have big dreams in life. Dreams of compassion and understanding. The art of being human, above all. Because they are an example of people who are defined by their “being” as opposed to “having”. They are the Romanians who represent Romania without too much patriotism. But simply through their own way of being. And so many people should take them as an example.

Why did I give up the idea of a portrait within “I`m Romanian“?

Because all the positive thoughts that define them and their whole life story couldn`t find enough space within the short lines of a self portrait. Because, despite the fact that we know each other more by sight and less by words, their writing managed to fascinate me even via a simple exchange of e-mails.

That being said, I now invite you to read a travel and a life story inspired by dreams and sprinkled with many positive thoughts. And then I invite you again to read their blog and their newly launched book – “Oyibo”.

*This article was actually supposed to be published before the book launch, but some technical problems postponed a little bit our blog activity.

What is ‘Into The World’?

We are a couple, both architects, both crazy about travel, people and food. Ionuț (John) is also a geeky mechanic and petrol head. Ana has always believed she was meant to relive all of Jules Verne’s adventure stories.

Up until 2010 we kept busy with school, work and brief backpacking stints across Europe or into more “exotic” places: Turkey, Thailand, Cambodia, Hong Kong, the Philippines. Then the economic crisis and a sports accident provided the reason to chuck all these, unplug and live a bigger dream: Africa. We knew it would be impossible for us to finance and support a guidebook 4×4 overland journey, and we were interested in a simpler approach. So we decided to do it by motorbike. It took less than 6 months to get ready. We were not planning to travel with a mobile phone and we were unsure about where we could find Internet along the way. But we wanted to keep in touch with our families and friends. That’s how intotheworld.eu was born, at that time a humble Tumblr blog only in Romanian.

On the day scheduled for departure, John had a motorbike accident. Our trip was offset by 9 months, which were necessary to recover our loss from the insurance company and our sanity from being constantly asked why did we still want to go.

The journey around Africa was everything we hoped for and more. We worked as volunteers in the rain forest of Nigeria, crossed the Sahara desert in a suffocating heat of over 54°C, climbed Mt. Cameroon, and explored the Okavango Delta in flood and the Congo basin during the rainy season. Some of the expedition setbacks were: being stranded with minimal supplies in a remote Cameroonian community, towing the broken bike for 350km, malaria, attacks by a hippo, a scorpion and many Tsetse flies, riding 3000 km off-road in Congo through torrential rain and mudslides, tackling bureaucratic and military interference and buying tea in Egypt. 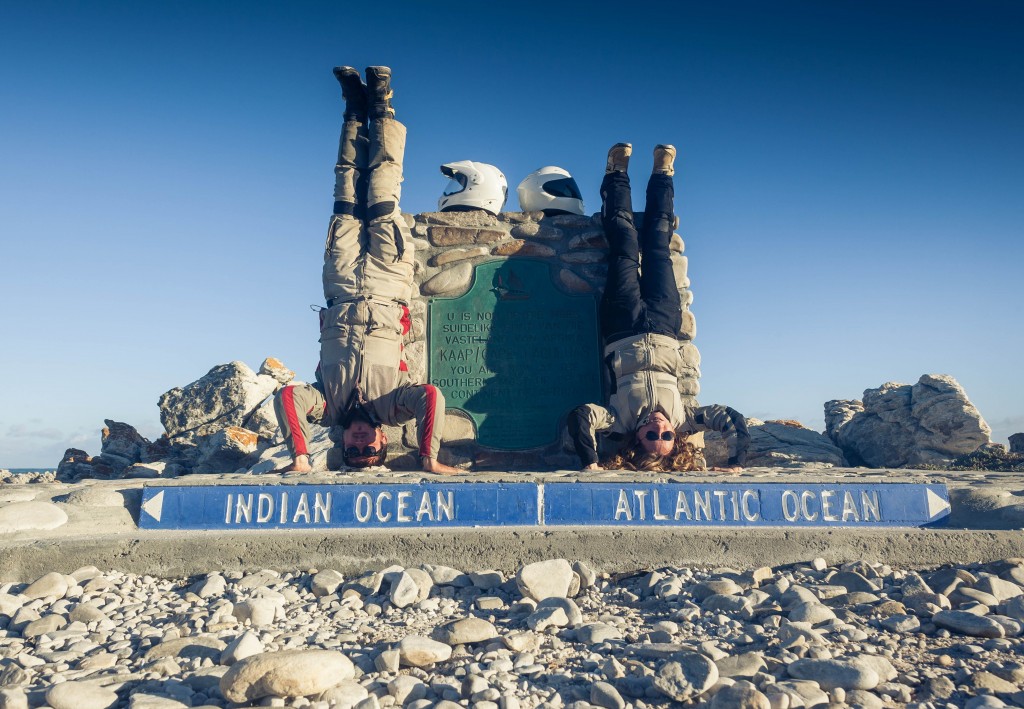 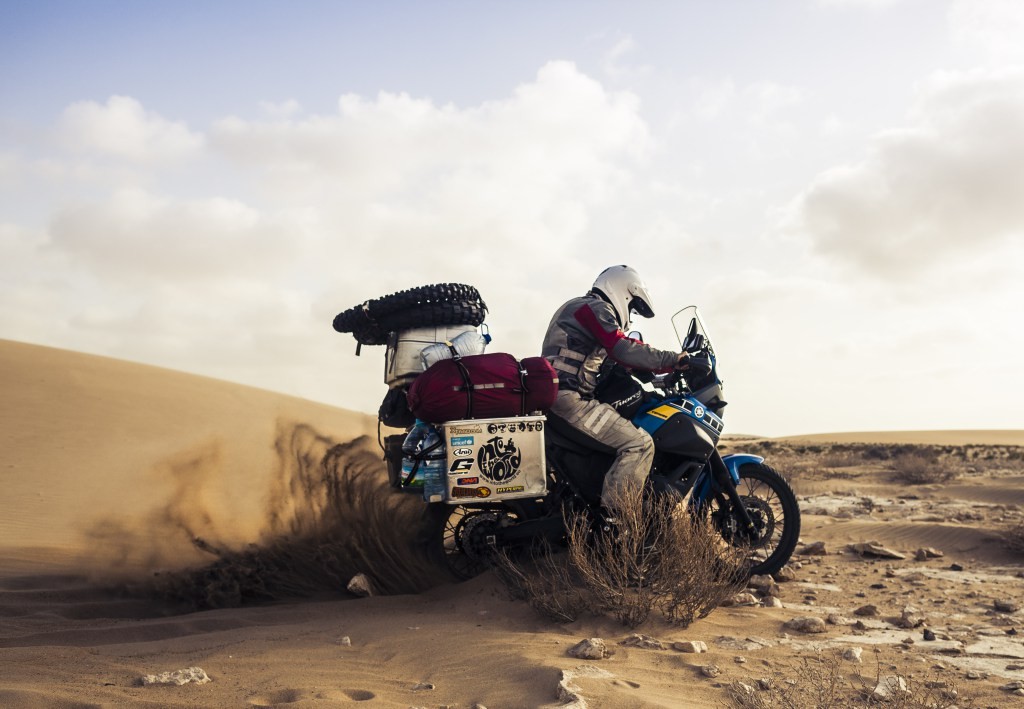 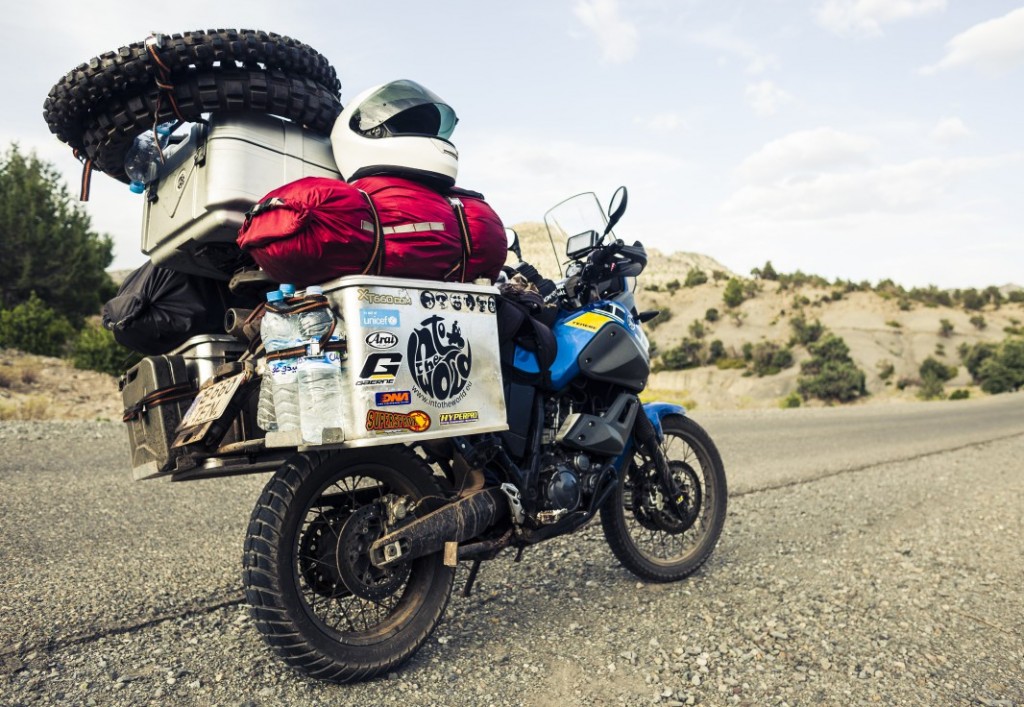 The journey around Africa.

It was challenging and supremely rewarding. Every day served us a lesson. Every person offered a reason to feel we were lucky to be there and experience that encounter. During the first weeks, we were busy dealing with immediate needs: food, water, shelter, how to navigate the terrain. As we became acclimatized with a “Bear Grylls” sort of existence, we grew aware of the more profound change taking place within us. In Nigeria that was already an undeniable fact. When we hit Congo, it was evident that we had been transformed in a way we are still to understand. We were definitely not riding towards Cape Town, but towards a different destiny. It sounds big, but that’s how we feel.

Meanwhile our blog became something bigger as well. We started writing ride reports in English. Then we realized that there may be enough material for a book. 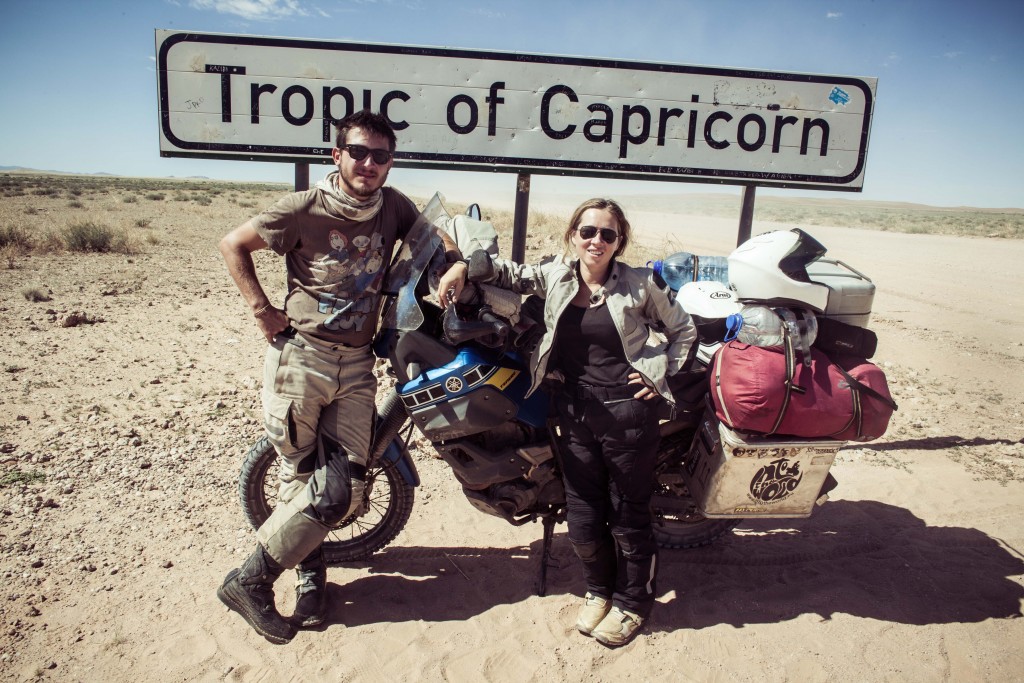 In 2013 we left for a year in Asia, first riding on two motorbikes along the ancient Silk Road, in Mongolia and Siberia. Then we switched to bicycles and crossed China, Vietnam, Cambodia and Thailand. We ended the journey with a proper endurance wilderness stint in Oman. 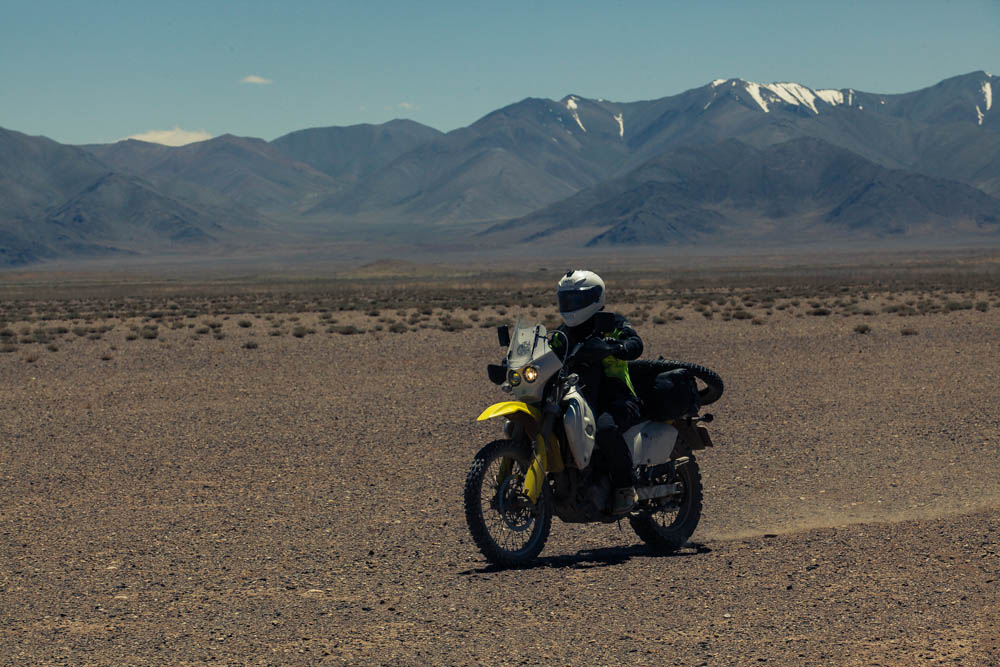 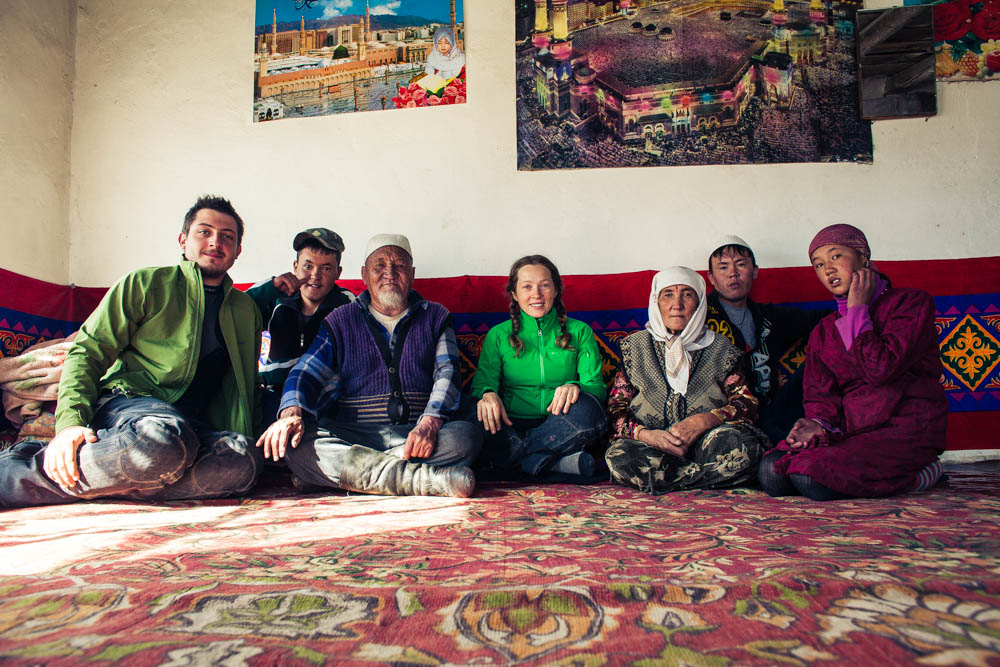 This is a travelogue, but also a confession about our mistakes and our small victories and we ponder upon what it means to be a Eastern European in Africa. In Romania we were exposed neither to racist clichés, nor to truly universal values. So we had to look for our own truth by simply engaging with the local people.

We hope that in the book “Oyibo” you will see us fall in love with the Africans. But also learn about ourselves and hopefully grow into better human beings. We chose to release the Romanian version of the book first, because we wanted the guidance of a publisher. The English version is to be self-published within a couple of months. Meanwhile our popular iPad multimedia book can still be downloaded and read for free. 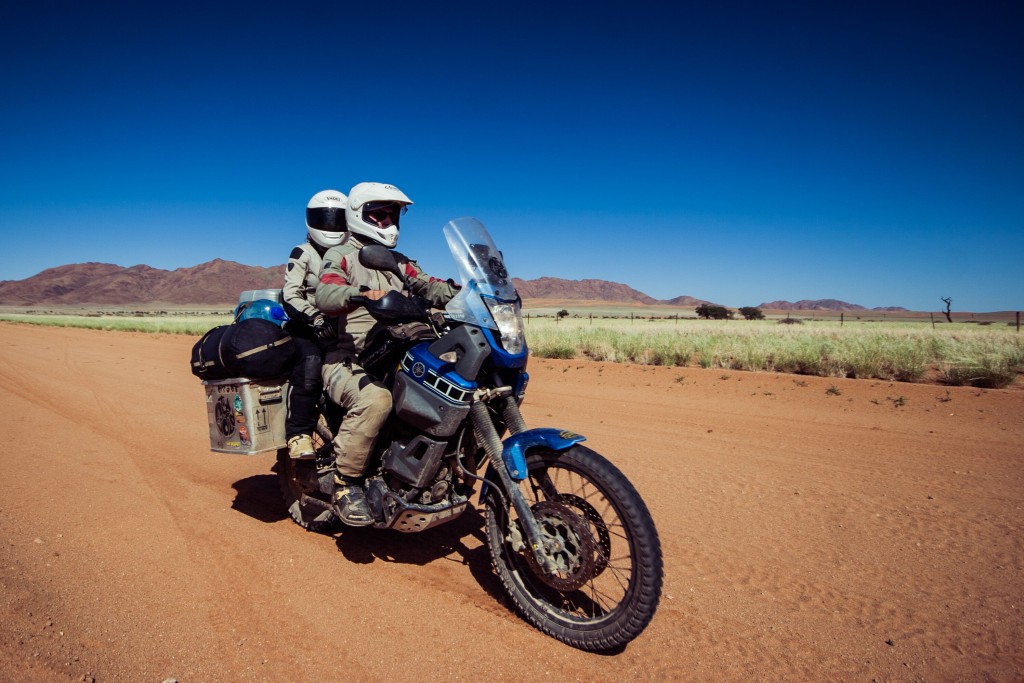 Romania seen with new eyes and a few conclusions.

We were never big on patriotic ideas. Traveling overland is a humbling experience. We realized how small we are in nature, and how interconnected with each other, with the other beings and with the planet. Currently, we try to consume less, to give back more and to appreciate what is already there. We know we need less things to be happy, even if it’s a daily struggle to reject consumerism. Our belief is that harmony is achievable: respect nature, show compassion to all, no matter if they’re family or complete strangers. Money and social status are not essential. Living passionately is.

The English version of  the book will be available in early 2016. More information about the book and the option of downloading the digital format can be found on the Intotheworld blog. 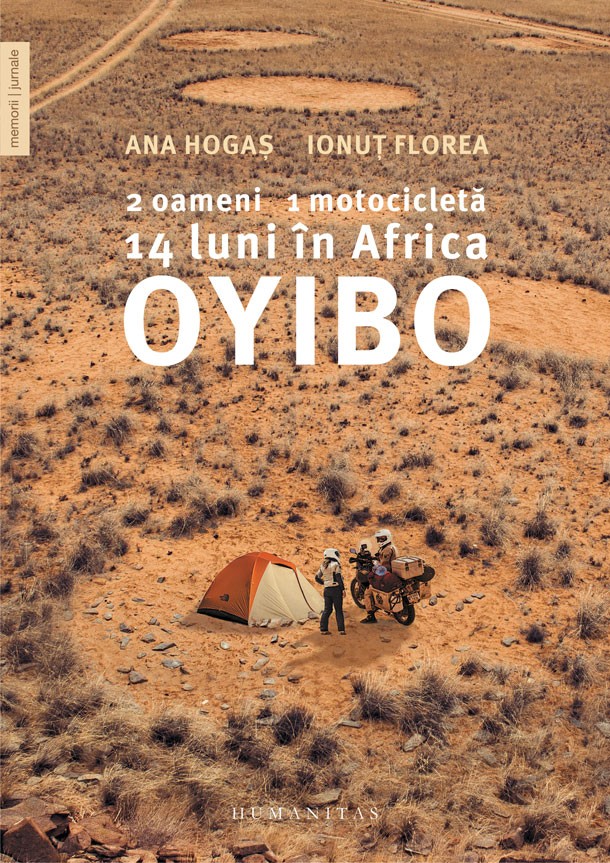