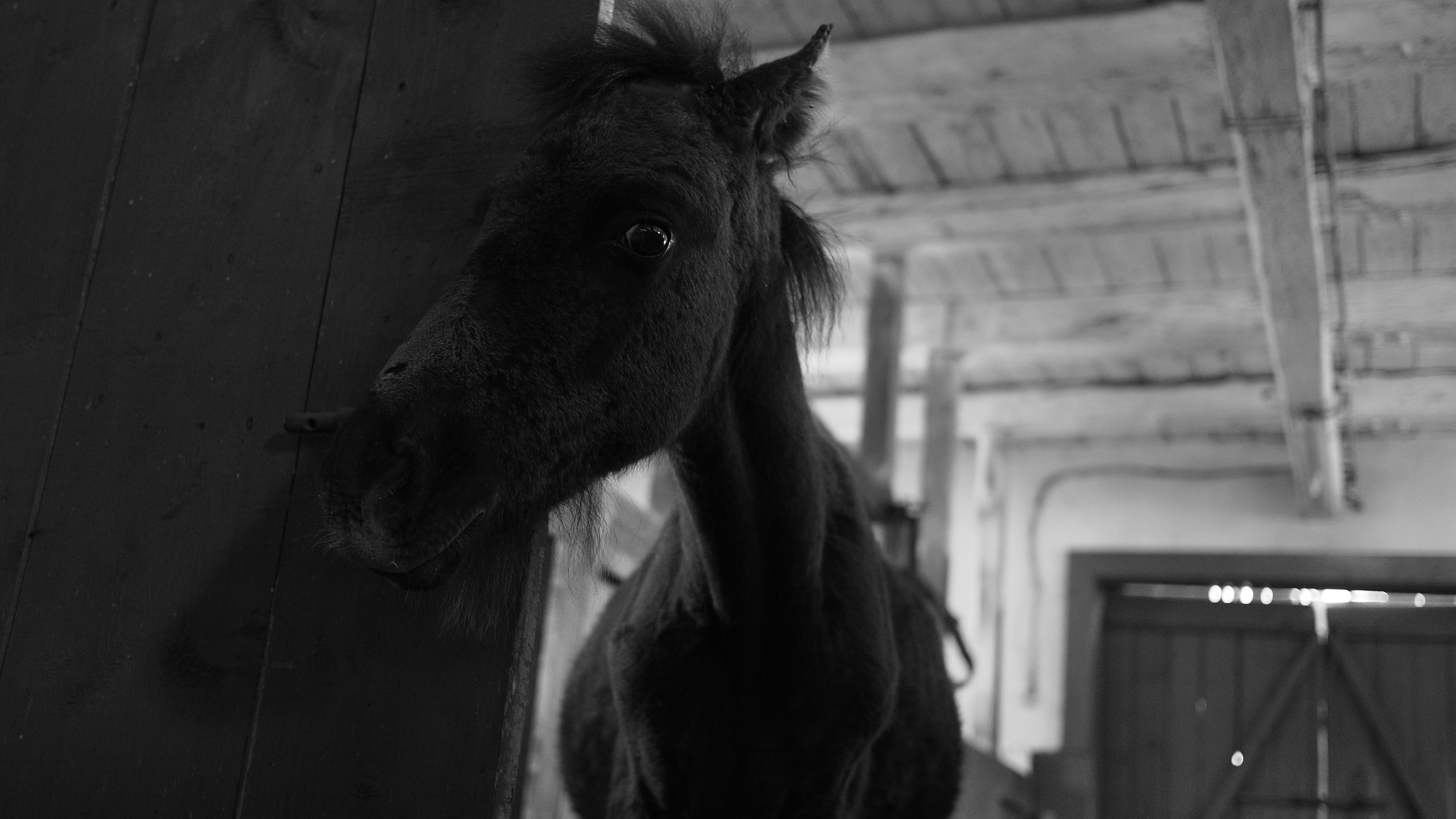 Beyond the hills of Transylvania, beyond the forests of Bucovina, in the far north of Romania, far away from everything, there is a little  peaceful and quiet corner of nature where the birds sing, the horses play joyfully and time seems to have stopped. There there is no rush, no stress and no busy schedule. None of these. Not even mobile phone signal. 🙂

I discovered this place in winter, about 7 years ago, thanks to my gliding colleagues, and since then it has always been a pleasure to come back to these lands. 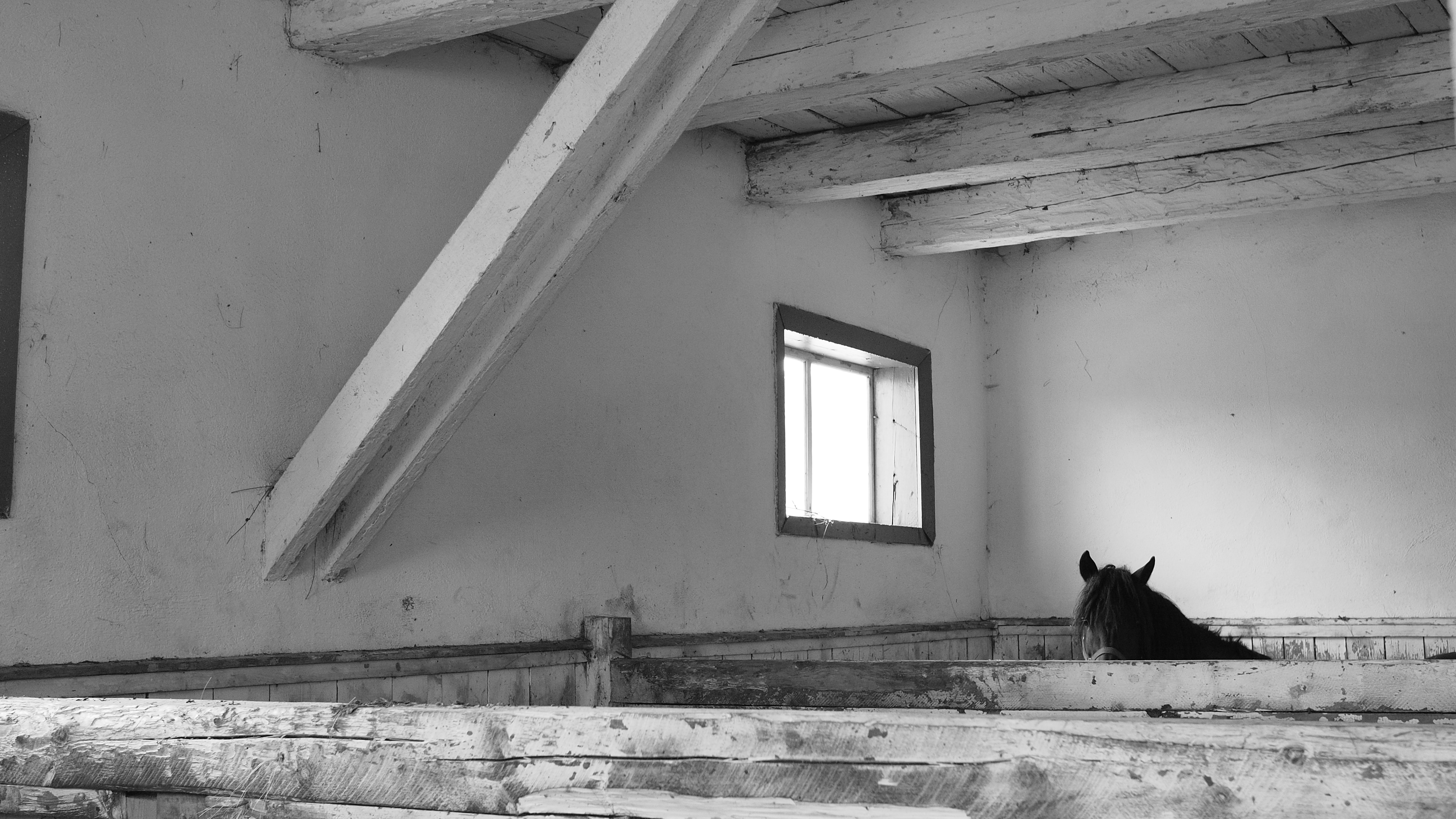 Lucina Stud lies in Obcinele Bucovinei, in Suceava County, near the Ukrainian borders. Although not many people know about it, either because of the lack of advertising or because it is being overshadowed by the famous monasteries from the area, I find this place unique in Romania.

Although this stud is not as famous as others, it seems to be one of the oldest from Romania, dating back to 1856. Until 1914, the stud belonged to the Austro-Hungarian Empire, together with another stud from the area, Rădăuți Stud of  horses. In 1875, for unknown reasons, the stud was closed, but due to military applications, it was re-established in 1877 with a core consisting of ten breeding mares purchased from the population of the area and the stallion Stirbu purchased from the namesake hamlet.
After re-establishing the stud, the number of horses increased significantly, in 1891 reaching 71 units. The evolution of hutsuls horse race met great progress in Lucina Stud until 1914, in August, when, due to the war, Lucina Stud was evacuated in Austria.

After the war, the Romanian state was invited to the last auction held in Austria (in Vienna), in 1919, where it bought a part of the breeding herds of the former Radauti stud, including few mares and stallions, bred in Lucina Stud. Thus, on 29th of July 1919, it has brought 150 heads of stallions and breeding mares at Radauti stud.
It followed a period of organizing the two studs until 1922, when the core of Hutsuls race consisted of 26 mares and three mount stallions. Some of these specimens came from the private sector in Bukovina, and another part from the former stud Lucina.
On March 10, 1944 because of the war, mother mares, stallions nursery and some colts of Lucina stud were evacuated to the Sâmbăta de Jos stud, under the Făgăraş Mountains. During the battles, the stables and the houses were burned.

Geographically speaking, Lucina Stud is located  at an altitude between 1200 and 1590m and a distance of 45 kilometers northwest of Câmpulung Moldovenesc city and 125 km from Suceava city. As you may expect from Romania, the road isn`t excellent at all, but it`s not impossible either to reach this destination. The last part is the heaviest, as there the asphalt on the road is replaced by little stones and holes. 🙂 Despite this, the landscape is amazing: mountains, wildness, the small villages and the local people which sometimes  still wear traditional costumes. The place is a must see! 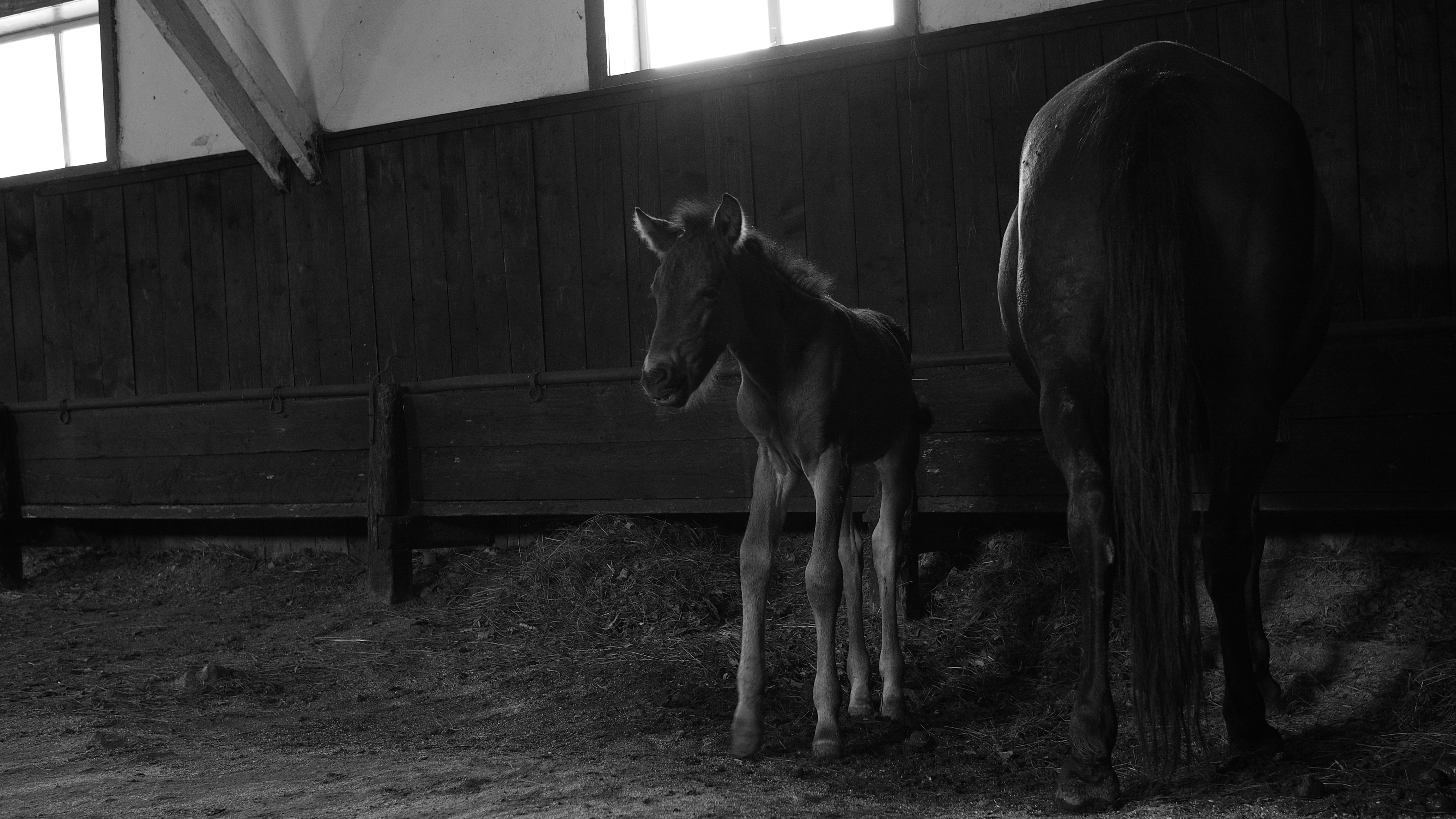 The main horse breed here is the Hutsul. This breed is actually a local one and it is representative for the mountain horses.  The Hutsuls are very resistant horses, very well adapted to working in mountainous areas.  As in any other stud, the services provided vary from riding classes both for beginners and advanced, equestrian shows, horseback riding as well as visiting tours. In my opinion, the prices are quite acceptable and cheap compared to other places. Unfortunately, the English version for the prices is not ready yet but you can have a look on the Romanian version of  the price list here.

In my opinion, what makes Lucina Stud so special is the pure and wild landscape, without trading and other business orientated activities and also the freedom to take the horses for a walk in the mountains. Here is the place where practice overcomes theory. 🙂 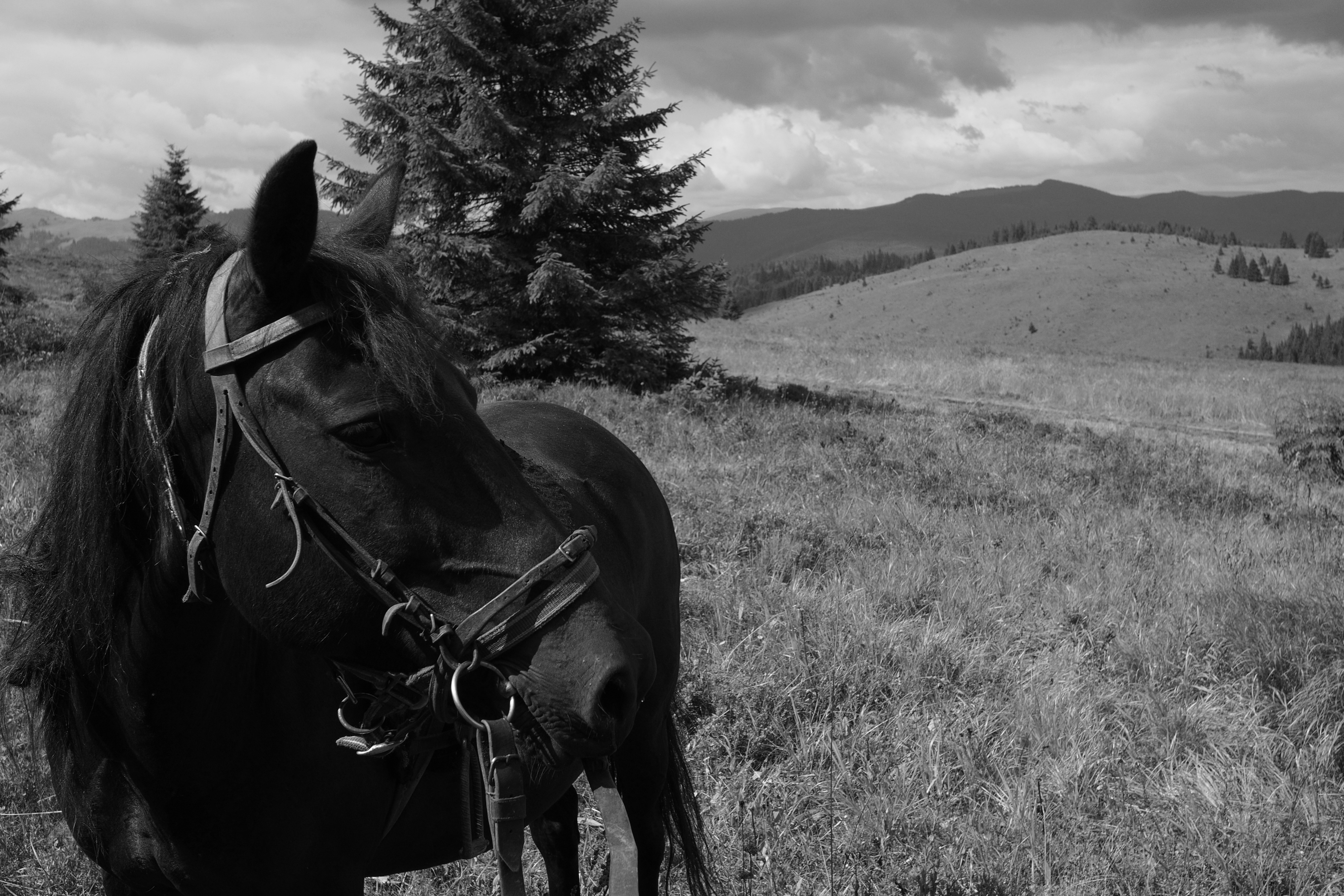 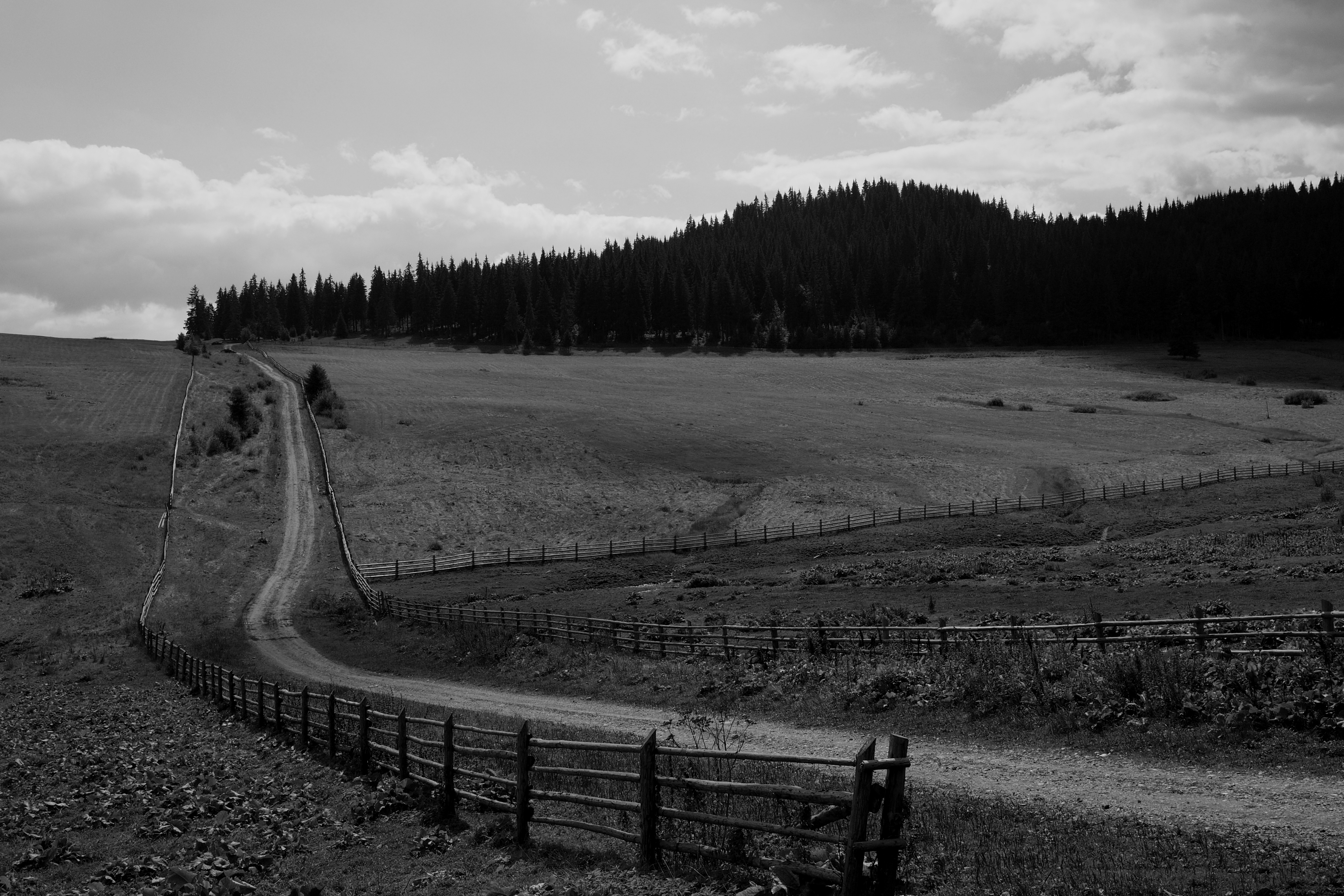 Being located just near the Ukrainian borders, you can even see Ukraine if you go for a longer horseback walk. The surroundings are mostly populated by sheep, cows and a few shepherds. I don`t know yet if this fact is due to the lack of promoting the place, due to the “not- so- friendly”  road or just the far away location.

In what concerns the horseback walks, the people here are quite chill, almost everyone having the chance to take a horse for a walk inside or outside the stud, skipping the well known manege walks.

For some of you, it may seem strange to go riding in the mountains for the first time without previous experience but for others it may sound as an opportunity. Anyway, there is an option for everybody, as the range of services is quite wide.

For those who want to find out more, here`s the  stud website  and  the Facebook page . Cheers!

PS: Click here to read the article in Romanian