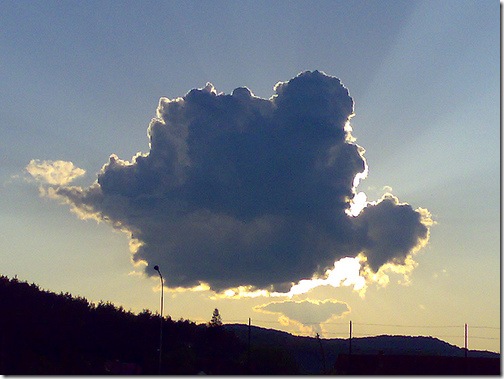 A year that theoretically started pretty well for Romanian people. Not for having won the lottery. But because of that optimism and hope that conquer our souls at the beginning of the year and make us believe that the future will be brighter. In addition to that, not so much time ago, a European piece of news draw the attention on the Romanian destiny.

As a new year gift, Romanians and Bulgarians now have the possibility to work anywhere in Europe starting January 2014. This does not necessarily encourage people from these two nationalities to leave their homeland. Some polls actually state that the notions of patriotism and desire to stay in Romania are at a high level. The purpose of this piece of legislation is to make it right for those who had been abroad for years, working ‘on the black market’ in several countries in Western Europe.

This new EU legislation has already created some controversy in certain states which fear a massive immigration of people who could “steal” the jobs of the citizens of the host country. They fear that these immigrants “from the East” could be preferred by some employers. Not because they are more qualified, have more studies or unique skills. But mostly because, coming from countries where the minimum wage is somewhere around € 150-200 per month, they could accept lower wages than the German or British citizens for example.

Moreover, they also fear the rise of the crime rate. For years, it has become the norm in the West to read in newspapers or hear on the news about Romanian people raping, stealing or killing for money. Not to mention the Roma people, “highly thought of” in countries such as Italy or France for their “pickpocket skills”.

About some active and “famous” Romanians

I remember an event a few years ago when I went to visit the city of Barcelona and I was speaking in Italian with my friend. At one point, a man approached us and asked us what nationality we were. When I replied saying I was Romanian, I was deeply impressed to hear that the person associated me with the Romanian writer Mircea Eliade. That was totally unexpected. Not because Mircea Eliade would be unknown in Western Europe. But especially because until then, when people heard I was Romanian, they would ask me if I had running water at home. Or they wanted to know if I lived in a tent. Or they would simply smile, thinking I was certainly a “girl from the East” (Eastern girls being often associated with prostitutes).

Over the past few years, numerous initiatives have been taken to promote Romanian culture abroad. The various offices of the Romanian Embassy are quite active. They often organize exhibitions, concerts, meetings with prominent Romanian artists. Romanian students are also extremely proactive. They create various associations in order to promote the  true Romanian spirit and traditions. Athletes, photographers, hairdressers, painters, sculptors, singers, they all try to outline a positive image of the country, especially after the fall of communism.

(*Image taken from the Facebook photo gallery of Adrian Oianu)

However, many initiatives remain unknown. Mostly due to the lack of communication. Culture, beauty or creativity draw less attention than scandals. And it’s not just my opinion. Romania remains a country poorly known, as the newspaper “The Guardian” puts it very well. They recently published a photo gallery with images sent by Romanian people because many foreign lecturers had demanded information regarding our country. (Click here to see publication)

I encourage you to click on the links below and discover some relatively recent initiatives on Romanian art and culture in a broad sense:

– the Brâncuşi atelier in Paris: click here for more information

– visual arts: click here to discover the work of Ion Bârlădeanu or other contemporary artists

– fashion: click here to discover the creations of Adrian Oianu

– photography: click here to discover the universe of Kristian Schuller.

These are just some examples of people that this country can be proud of, but there are also countless sporting talents successfully representing Romania at important European or world competitions.

Yet, since the new law designed to support the expansion of the European market and encourage people to develop their career internationally, the focus shifted away from sports or the cultural area. It is more current now to speak about more stringent problems related to poverty, corruption, crime, prostitution.

Romania – a country many people have heard of and many still talk about. A country of deep contrasts, subject of many articles and news in the past. And surely a country we will still hear a lot about in the future. Hopefully for the better.