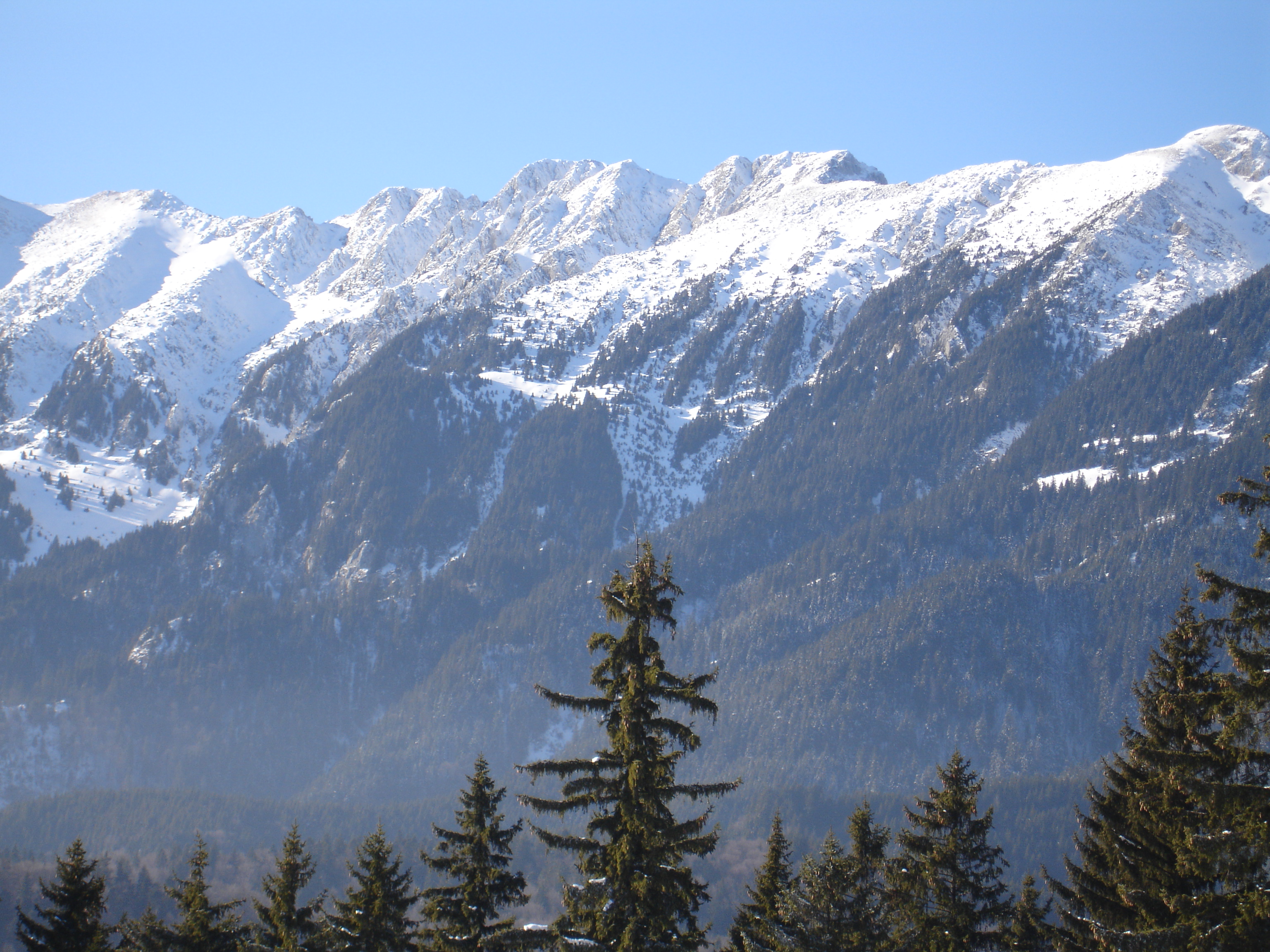 Biking in Romania: a ride in Piatra Craiului Mountains

Piatra Craiului Massif is, probably, one of the most stunning mountains from Romania. Having a longitudinal bearing, displayed from North to South, it amazes us through its limestone summits, its sharp-edged peaks, its mountain gorges (such as Cheile Zârneștiului, Cheile Dâmbovicioarei), its caves, rivers or through its karstic topography (such as Cerdacul Stanciului, Prăpăstiile Zărneștiului, Fântâna lui Botorog).

Obviously, our bike ride won`t get to the sharp peaks, but it will try to give you a better taste of Piatra Craiului National Park. Therefore, we`ll pass near Fântâna lui Botorog (Botorog`s Fountain), Valea Prăpăstiilor through Cheile Zărneștiului. Then we will take a deep breath at Cabana Curmătura (Curmătura Cottage), we will pass La Table and finally we will traverse the amazing plateau where Măgura village is located. Although the length of the tour is not so long, the whole trip is quite demanding, as there are many uphill areas, some of them quite steep, some downhill among sharp rocks and a quite winding relief, after all.

We found out about this trail from Radu, the manager of Hora cu Brazi Guesthouse from Zârnești, which is also our starting point. First, we`ll go towards Fântâna lui Botorog or Măgura village, both of them being in the same way. Be careful, though, as you reach Fântâna lui Botorog, because there is a cross-roads and our track continues straight, following the river (do not go left !). We`ll continue climbing on a rocky road through Valea Prăpăstiilor and Prăpăstiile Zărneștilor. The trail is quite amazing, having a cliffy relief, in the shape of mountain gorges, perfect for climbing. After 5-6 km, you have to take right towards Curmătura cottage. For the next kilometers, the road has a continuous up-slope, quite demanding, but the good news is that there are not more than 3-4 km until you reach Curmătura. Anyway, the view you`ll see at Curmătura will be very rewarding! 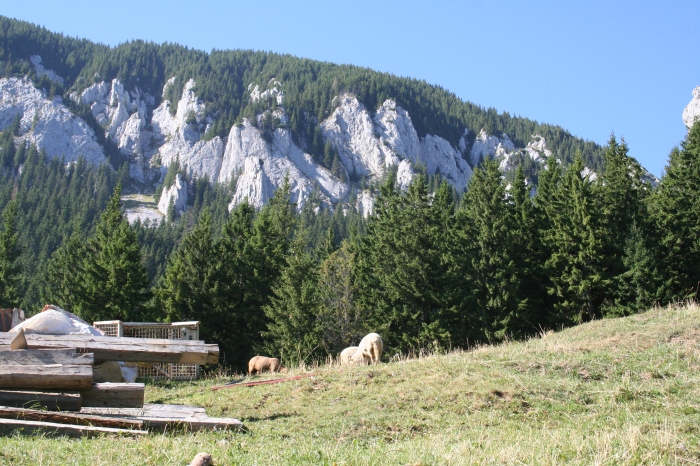 The way back from Curmătura will be more relaxing, as it’s a continuous down slope. You`ll come back on the same way and after 3-4 km you`ll reach again the cross-roads where you`ll have to take right, this time, towards La Table. From here, the track alternates between uphill and downhill. There is only one difficult part, quite steep and narrow, so we had to carry our bikes. Beware about the herds of sheep ! Try to avoid them as much as possible, as the dogs that accompany them are not very friendly, at all.

It`s easy to recognize La Table, as there is an area full of indicators and wooden benches for stops. Here, you have to turn left towards Peștera or Măgura and you`ll begin to descend slowly on mountain paths, green fields and… sharp rocks. We had some adventures as well, being chased by three aggressive pigs but normally you don`t need to worry about this ! 🙂 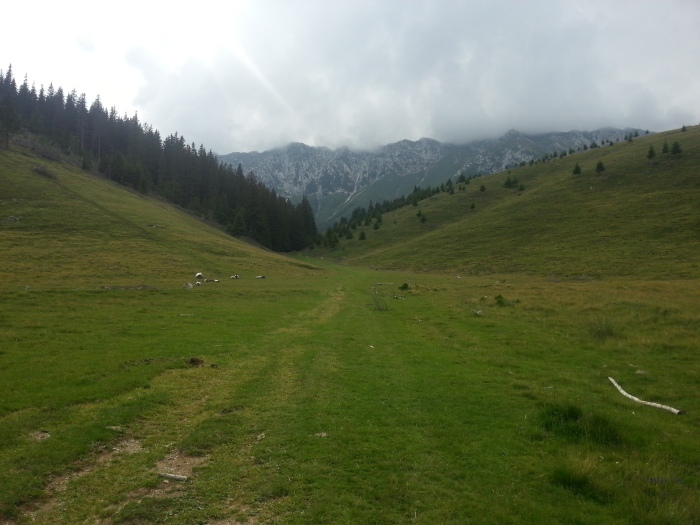 At the end of the descent, you will reach first Casa Folea (Folea House) which is very close to the entrance of Măgura. Although the name of the house sounds better than it actually is, the food is pretty good! Or we were too hungry after this day. 🙂

From Casa Folea continue straight for another kilometer, until you reach Hotel Nobilis, where you have to turn left to reach Măgura. Then, from Măgura, there is another left turn to Zărnești. From here, there is a continuos descent through the forest which will take you right at Fântâna lui Botorog, our starting point. Oh well, now you know what you have to do! Take care!