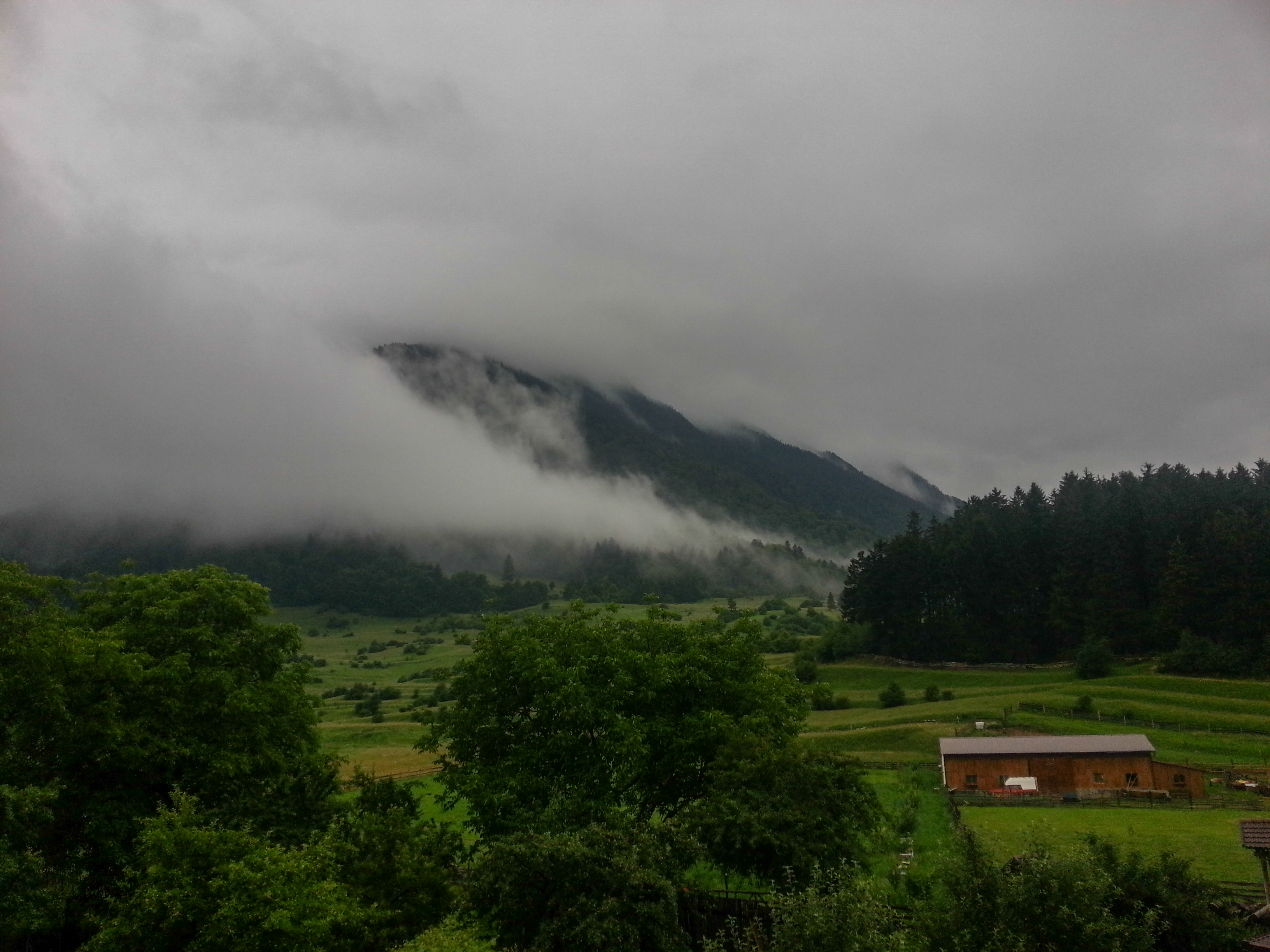 Today we`re going to have a ride in Brașov county, through hills and valleys, through forests and meadows. Zărnești is the starting point. And the foothill of Piatra Craiului mountains and Brașov is the ending point. This is a 1 day track but it is better to come to Zărnești a day before. You can do this either by bike or by train. There are trains from Brașov to Zărnești almost every hour. The transport company is RegioTrans  and you can find more details about the schedules here.

The track has a medium difficulty level, not too easy, not too demanding. There are some uphill areas that can be relatively demanding for a beginner. But there are as well many downhill areas and flat terrain. Cycling is mainly done on pavement and national roads but the traffic is not too heavy. At some point, there is also a country road which is amazing, following forests and glades, meadows, small local villages, all surrounded by a deep tranquility.

The chances to get lost here are extremely remote. As I was saying before, the track follows mainly national roads which are marked.

Despite the fact it was July when we did our journey, we had quite a chilly and windy weather. So, you should have with you a first layer, a wind-stopper and some rain wear.

That was Piatra Craiului when we said “good bye”… With its head a little bit in the clouds. 🙂

There are a few uphill kilometers until Poiana Mărului. Into the forest. A little bit of a workout but at least you can smell some fresh air and enjoy the greenly forest. From Poiana Mărului continue straight ahead for another 6-7 km until you will see an intersection with a country road. There, turn right on road 106B and stay on it. There should be an indicator towards either Paltin, Holbav or Vulcan (all of them being in the same direction). If not, ask someone, people are kind. When we had a flat tyre, a 12 year old boy with a made-up bike offered his help spontaneously. He brought us a bigger bike pump and then came with us on the road for a while. 🙂

Be careful, though. We have seen many sheepdogs throughout the area and I assume they are not so friendly. We weren`t so “lucky” to have a closer meeting, but we saw them from distance… And that was enough.

Anyway, this country road looks very picturesque and it was our favorite part of the entire route. Across a river, throughout glades, hills, valleys and fresh forests, this is an amazing energy oasis to recharge your batteries.

Next, the road goes through the villages Paltin, Holbav and Vulcan and reaches the top of a hill with a beautiful view across the whole Brașov valley, where you can also see the settlements Râșnov and Cristian further away. From the village centre of Vulcan you have to continue straight ahead on 112B road to Cristian. There, you will have to take left towards Brașov, following E574. There are only 10 km from until you reach Brașov.