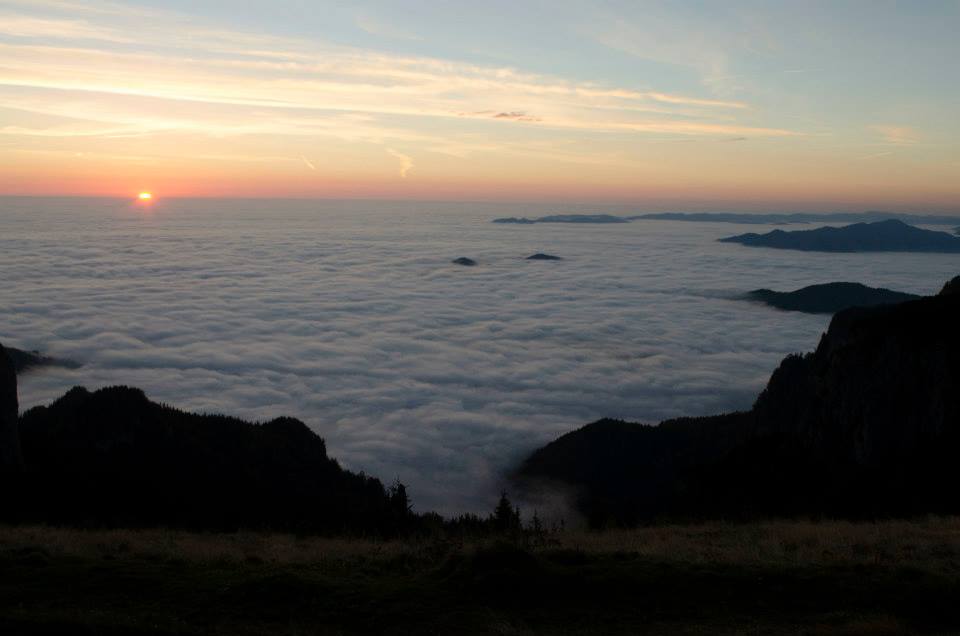 The Alpine Sea of the Ceahlău Mountains

The first time I heard about the Alpine Sea was a couple of years ago, when one of my friends was lucky enough to see such an event in the Ceahlău Mountains. To be honest, at the beginning I didn`t even know what alpine sea meant, although I did a few trekking circuits there. But after I saw the pictures, I knew this was something magical that everyone deserves to know about!

In Romania, the alpine sea is a meteorological phenomenon which is mostly found in the Ceahlău Mountains, although, very rarely, it can be observed in other places as well. In the early morning, the valleys are soaked by fog or even low stratiform clouds, leaving visible only the peaks of the mountains and giving therefore the aspect of a sea. The best time of the day to see this is at dawn, mostly in spring and autumn.

The Ceahlău Mountains are situated in the north-eastern Romania, being part of the Eastern Carpathians. Ceahlău is one of the highest massifs in the area, peak Toaca reaching 1907m. For those who don`t know, Ceahlău is a mountain of the legends, full of history and the privileged accomplice of the alpine sea, apparently, which makes it an unique place is Romania.

From a touristic point of view, Ceahlău has 7 trekking trails starting from: Izvorul Muntelui (Mountain Spring), Durău, and the villages Neagra and Bicazul Ardelean.  More details about each particular trail can be found here, although, there is only a Romanian version of the website, unfortunately. The level of difficulty of the trails is medium – difficult and the average time varies from 3 hours to 6-7 hours, depending on the chosen trail but I personally think that all of them can be performed by anyone that has a little bit of a will and motivation. 🙂

Regarding the equipment needed, a pair of boots, a 30-40 L back-pack, few changing t-shirts, a polar fleece, a wind-stopper and a rainwear should be enough for a spring circuit. Be careful though because the temperatures can dramatically drop even in summertime!

You can either choose to do both uphill and downhill in the same day or in different days. If you consider the second option, there are two types of accommodation on the top: Docchia Chalet or the tend, if you have one. 🙂

The tend can be easily camped in the camping nearby Docchia. If you chose the chalet, I have to warn you that it isn`t the most luxurious accommodation but the prices are really cheap. 🙂

I have also attached some motivational photos in the hope of luring you in. 🙂 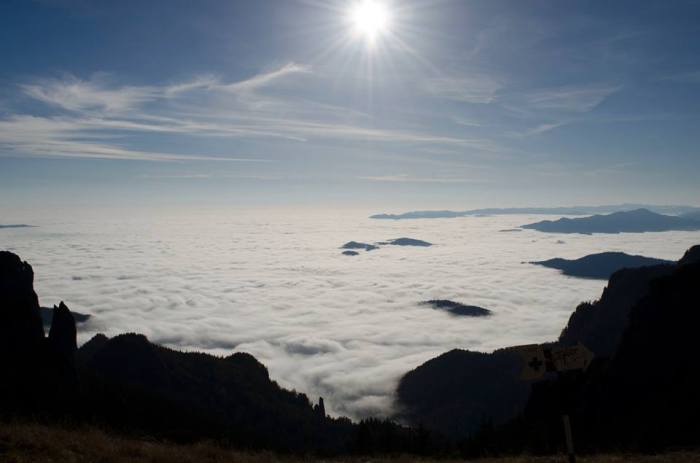 some kind of Heaven on Earth 🙂 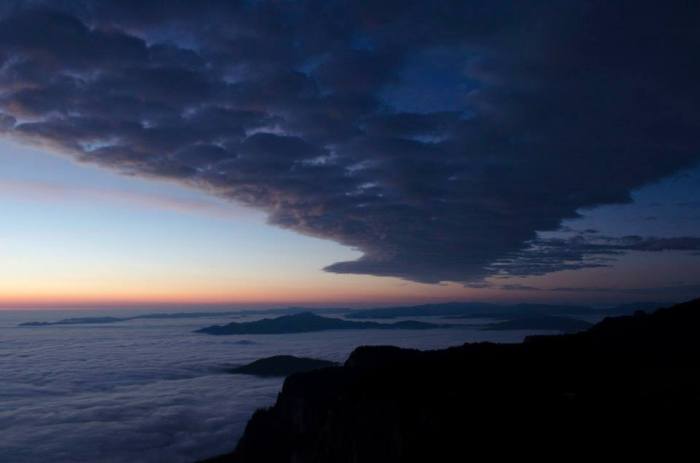 before the storm, view from Dochia chalet 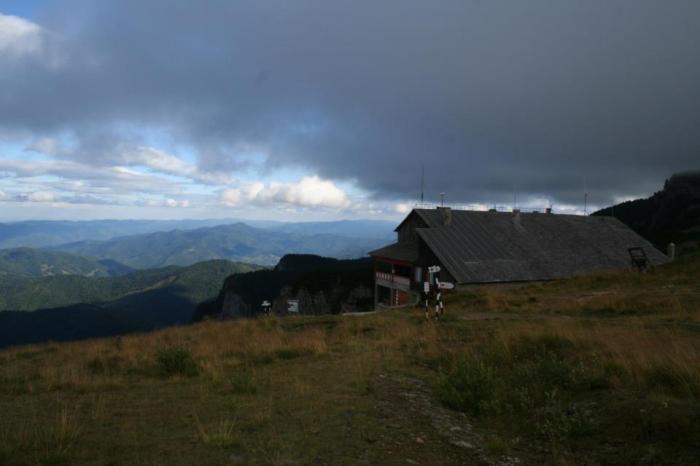 PS: Click here to read the article in Romanian